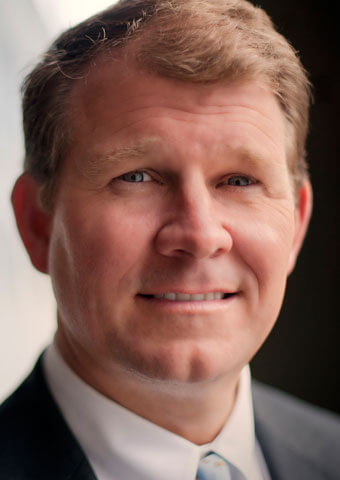 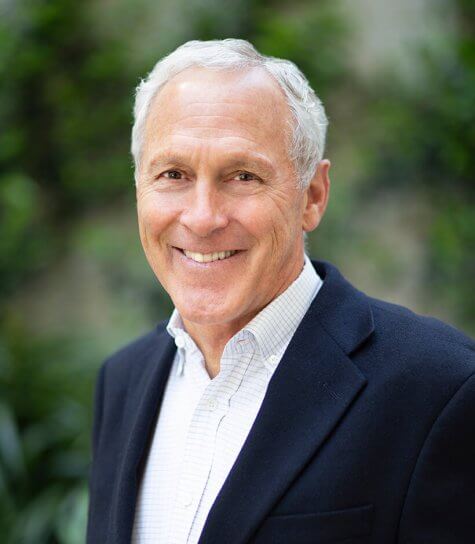 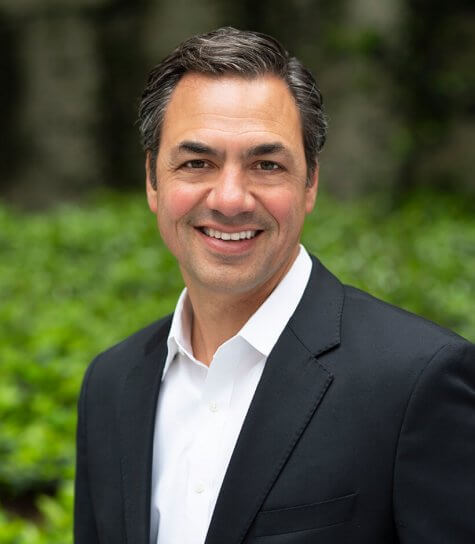 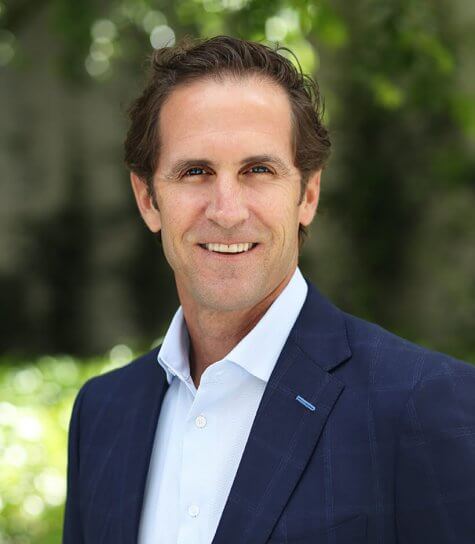 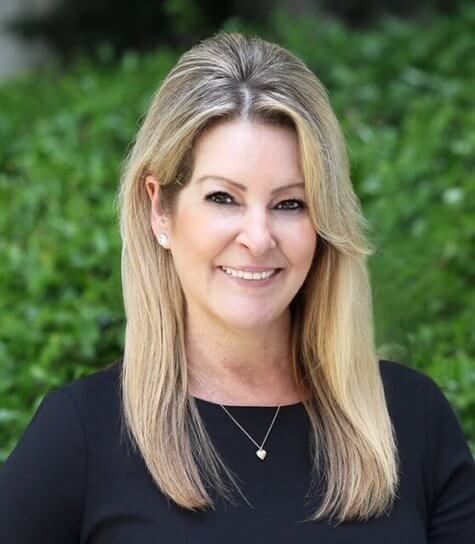 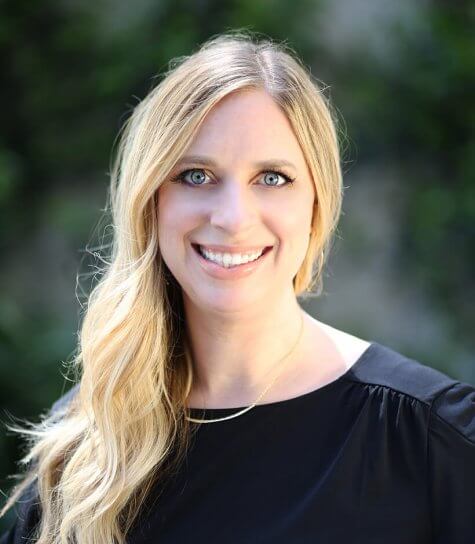 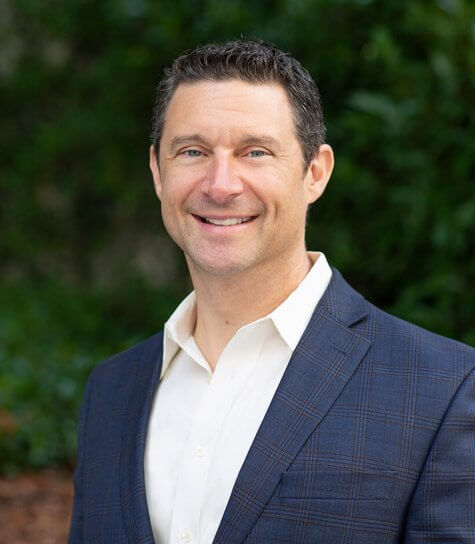 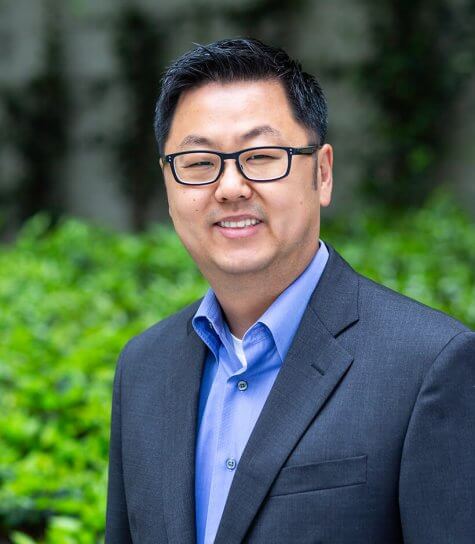 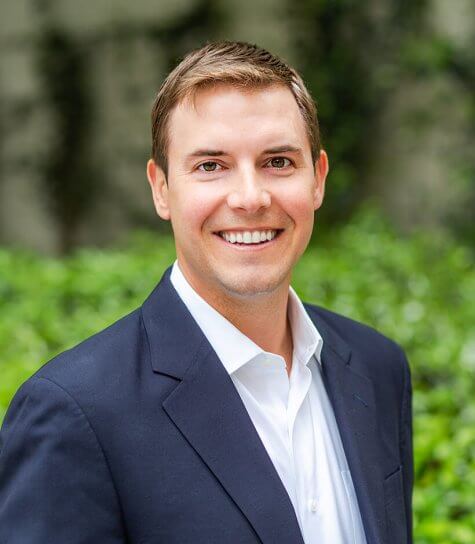 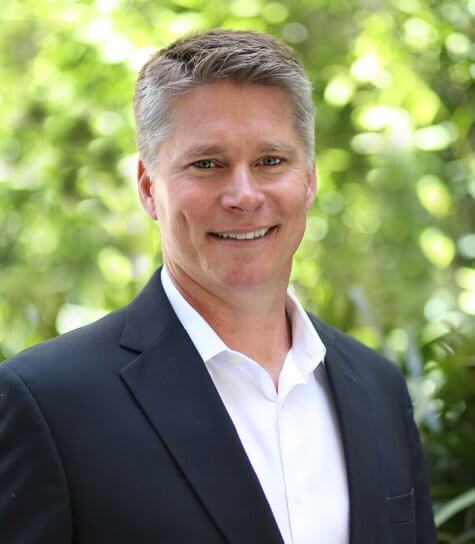 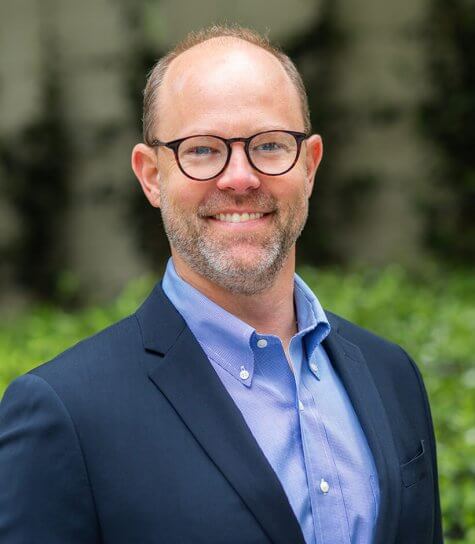 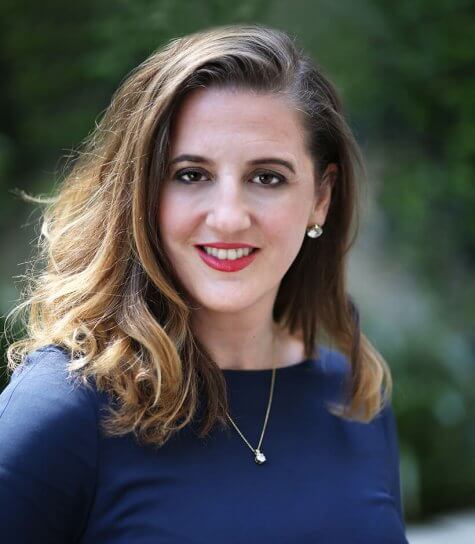 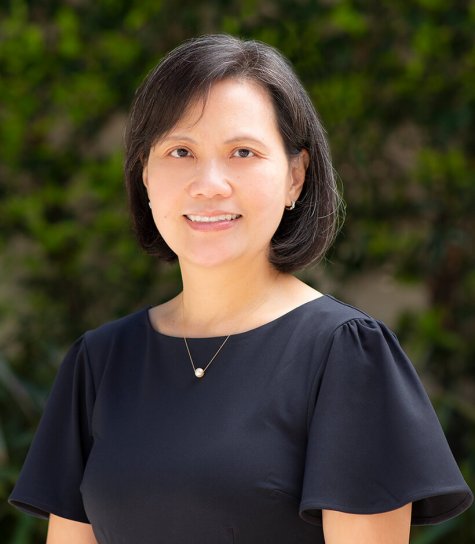 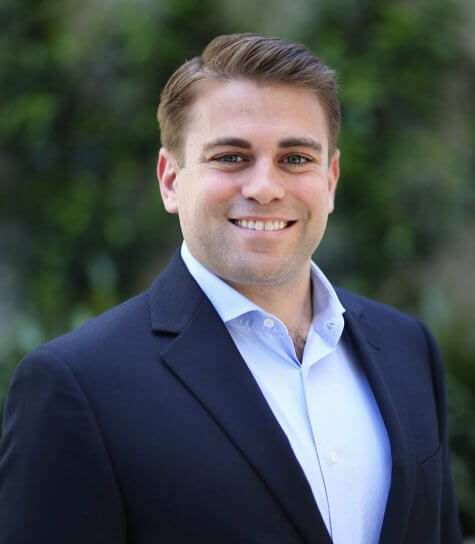 Christopher Peatross founded Swift Real Estate Partners in 2010 and is responsible for Swift’s strategic vision and leadership for the firm’s investment platform. Before founding Swift, Christopher was the President and CEO of CarrAmerica, Trizec and Equity Office Properties (“EOP”), where he oversaw all aspects of EOP’s 56 million square foot office portfolio, successfully creating one of the nation’s leading real estate companies. Prior to joining EOP, he served for five years at CarrAmerica as the Northern California Managing Director. Earlier in his career Christopher served at Spieker Properties and Catellus Development Corporation where he worked on industrial assets. Christopher holds a Quantitative Economics degree from Stanford University and is a member of ULI.

Doug Abbey is the Chairman of Swift Real Estate Partners and joined Swift in 2012. Doug previously co-founded two investment management organizations, AMB Property Corporation (merged with Prologis: NYSE) in 1983, now the largest global industrial REIT, and IHP Capital Partners, formed in 1992, a provider of equity to the single-family homebuilding industry.  He is a Trustee and past Vice Chairman of the Urban Land Institute and serves as the Chair of the ULI Foundation and on the board of the ULI Terwilliger Center for Housing.  He serves on the board of Bridge Housing, the leading non-profit affordable housing developer on the West Coast with over 13,000 units under management.  He also serves on the real estate committee of the UCSF Foundation.  Since 2005 he has taught the real estate class at the Stanford Graduate School of Business.  Doug holds a B.A. from Amherst College and an MCP from University of California, Berkeley.

Damian Manolis is the Chief Investment Officer at Swift. Previously, Damian had an extensive and well-rounded career with PGIM Real Estate (formerly Prudential Real Estate Investors), where he most recently served as head of its U.S. Transactions Group and Chair of its Investment Committee.  In this role he was responsible for all real estate acquisitions, dispositions, development and capital markets activities on behalf of the firm’s U.S. focused investment vehicles.  Damian holds a B.A. from Cornell University and M.B.A. from the Haas School of Business at the University of California, Berkeley.

Steve Blue is the Managing Director for Swift’s Southern California region. Prior to joining Swift in 2015, Steve was a Partner from 2008 to 2015 at Davenport Partners. At Davenport, Steve led the acquisition, financing and operational efforts of numerous office properties for private and institutional investors. Before joining Davenport, he served as Senior Vice President and Partner with Buchanan Street Partners and was responsible for identifying, structuring and underwriting joint venture investments. Prior to Buchanan Street Partners, Steve served five years as Vice President at Spieker Properties. He began his career in real estate with LaSalle Partners. Steve holds a B.A. in Economics from Stanford University and an M.B.A. from Northwestern University, Kellogg School of Management.

Tamara Tanner is the Managing Director of Human Resources at Swift, overseeing Swift’s HR strategic initiatives and employee relations. Prior to joining Swift in 2010, Tamara served for fifteen years as the West Coast Sr. HR Generalist at CarrAmerica where she contributed to the growth and development of CarrAmerica’s West Coast platform. Tamara attended the University of Maryland, College Park and studied Humanities.

Rachel Sergi is Swift’s Managing Director of Finance and Accounting. Rachel oversees the financial, accounting, tax and IT activities of the organization. Prior to joining Swift in 2015, Rachel served as the Vice President of Fund Accounting at Carmel Partners and the Assistant Controller at MBK Real Estate. Rachel began her career at PricewaterhouseCoopers in their real estate division where she was a Senior Associate. Rachel is a California licensed CPA, holds a degree in Business Economics, with a Minor in Accounting, from the University of California, Los Angeles and an M.B.A. from the Haas School of Business at the University of California, Berkeley.

Rick Buziak is Managing Director of Operations at Swift, managing protocols across Swift’s asset management, property management and construction management divisions. Previously, Rick spent seven years at Kilroy Realty Corp as Senior Vice President of Asset Management, during which he helped grow the firm’s presence in Northern California dramatically. Prior to Kilroy, Rick was with Equity Office Properties and Boston Properties, where he covered both leasing and property management initiatives. Rick holds a B.A. from University of Buffalo and M.B.A. from San Francisco State University’s College of Business.

Michael Burnaz is Swift’s Vice President of Construction and Development. Prior to joining Swift, Michael was the National Vice President of Construction for Laramar Group where he was responsible for the day to day operations and strategic direction for the Construction Services Department. Michael has extensive experience working on several multifamily and assisted living development platforms in the western US in both Construction and Engineering. Prior to Michael’s real estate career he spent 10 years as the Code Enforcement Official for the City of Moreno Valley, CA. Michael graduated from University of Phoenix with a B.S. in Business Management, is a licensed General Contractor in California and has proudly served in the US Marine Corps (active duty) and as an Army Reservist.

Sam Birnbaum is a Director at Swift and is also responsible for asset level and investment vehicle debt financing. Prior to joining Swift in 2019, Sam was a Director of Investment Management at Hines. Additionally, Sam worked in the Equity Capital Markets Group at Jefferies and covered the firm’s real estate clients. Sam holds a B.A. in Economics from Carleton College and an M.B.A. from the Haas School of Business at the University of California, Berkeley.

Nate Carlson is a Director at Swift and is responsible primarily for asset management in Swift’s Silicon Valley and East Bay markets. Prior to joining Swift in 2011, Nate served as a senior financial analyst at Equity Office Partners. Before joining EOP, he worked for O’Brien Homes, Spieker Properties, and AvalonBay in both finance and accounting. Nate brings almost twenty years of real estate experience to Swift and holds a B.S. in Finance from Santa Clara University.

Tommy Christman is a Director at Swift and is responsible for acquisitions and asset management in Swift’s Southern California markets. Prior to joining Swift, Tommy was an investment analyst at BBT Capital Management, a multi-strategy hedge fund.  Additionally, Tommy worked as an analyst in the mergers and acquisitions group at Rothschild, Inc.  Tommy holds a B.S. in Commerce, with a Finance concentration, from the University of Virginia, McIntire School of Commerce and holds an M.B.A. from the University of Texas at Austin.

Kurt Nelson is a Director at Swift and is primarily responsible for investments for the Pacific Northwest. Prior to joining Swift in 2017, Kurt served as Vice President – Capital Markets at Harsch Investment Properties in Portland, Oregon. Prior to his tenure at Harsch, Kurt served as Senior Vice President – Acquisitions and Development at Scanlan Kemper Bard. Kurt has 15 years of experience in the real estate arena in Seattle and Portland. Kurt holds a B.A. in History, from Pepperdine University and a M.B.A. from The Paul Merage School of Business at the University of California, Irvine.

Chris Huizenga is a Director at Swift, responsible for overseeing Operations for the Southern California region and Engineering for Swift’s entire portfolio. Over the past 4 years since joining Swift, Chris served as the Asset Manager for ten (10) assets in Southern California totaling 2.4 million square feet.Chris has 23 years of commercial real estate experience spanning multiple disciplines (Asset Management, Financial Analysis & Operations). Prior to joining Swift in 2016, Chris was a Director in Asset Management for Hines where his portfolio was concentrated in the San Francisco Bay Area totaling 4 million square feet. He holds a B.A. in Finance from the Eli Broad School of Business at Michigan State University and is a LEED Accredited Professional.

Olga Ornelas is the Director of Operations for Swift’s Northern California portfolio. Prior to joining Swift in 2015, Olga worked as a Portfolio Manager at Hudson Pacific Properties, Inc where she was responsible for 2.6 million sq. ft. of office and mixed use assets. Before Hudson Pacific Properties, Olga spent twelve years at Equity Office Partners/CarrAmerica touching every aspect of property management. Olga has sat on the BOMA of Silicon Valley board for the past four years and is currently Past President and Sponsorship Chair.

Craig Biedler is Swift’s Fund Controller. Prior to joining Swift in 2016, Craig served as a Fund Controller at Carmel Partners. Craig began his career at Deloitte where he was a Senior Associate in their Halifax, Canada office.  Craig is a licensed CPA, CA (Canada) and holds a degree in Economics from the University of Calgary and a degree in Commerce, with a Major in Accounting, from Dalhousie University.

Vivi Wirjadisastra is responsible for overseeing the Property Accounting function for Swift’s entire portfolio. Vivi has 23 years of property accounting experience in commercial real estate. Prior to joining Swift in 2012, Vivi was a Controller at AMB Property Corporation (now Prologis) where she was responsible for a portfolio in US West and Central regions. She holds an MBA in Finance from California State University East Bay.

Nicco Cipolla is an Investment Manager at Swift and is primarily responsible for assets in the East Bay market. Prior to joining Swift in 2015, Nicco was a Financial Analyst at CBRE and The CAC Group for over three years. Nicco has a B.A. in Business Administration and Management from University of the Pacific’s Eberhardt School of Business.

Jeremy Wustman is an Investment Manager at Swift and is responsible primarily for acquisitions and asset management in Swift’s Southern California markets. Prior to joining Swift, Jeremy was Vice President of Acquisitions & Capital Markets at Gemini Rosemont Realty. Additionally, Jeremy worked at KSB Realty Advisors in a dual role with acquisitions and asset management responsibilities. Jeremy holds a B.S. in Building Science-Civil Engineering from University of Southern California’s Viterbi School of Engineering.

Molly Castles is the Creative Services and Marketing Manager at Swift. Molly is responsible for Swift’s corporate and asset marketing. Prior to joining Swift in 2017, Molly spent five years at Jamestown, L.P. where she focused on their San Francisco office assets and the repositioning of Ghirardelli Square. Molly holds a B.A. from Lehigh University.